Last week, Dell Technologies celebrated the one-year anniversary of its $67 billion acquisition of EMC, which was the largest tech deal in history.

One year ago, many doubters posited that the combined entity would be too big, too slow, and have too much debt to succeed in today’s technology industry. They argued Dell would do better to split out its client and infrastructure divisions, ala HP, instead of making this massive acquisition. No way, they said, that this mega company could gain market against leaner, more streamlined companies. They predicted culture wars, and that big-name senior executives among the acquired companies, would move on rather than work for and report to Michael Dell.

But one year in, Dell Technologies, which is now the world’s biggest tech company, has a lot to celebrate, as outlined by Dell Technologies’ CMO Jeremy Burton in last week’s analyst call to discuss how the company’s vision and organization are coming together.

Big Has Been Good

At the outset, critics argued that the Dell’s deal to acquire EMC would result in a big, lumbering giant, unable to gain market share in the fast-paced technology industry.

A year later, financial results have proved the critics wrong: Fiscal second quarter revenues were $19.3 billion, up 48% from the previous year. Putting the icing on the cake, Dell Technologies also announced that it signed a multi-year deal to provide GE with infrastructure and end-user computing solutions, including servers, storage, backup and related professional services.

These results aren’t accidental. The company designed the merged entity to foster both economies of scale and agility under the Dell Technologies corporate umbrella:

Each brand has a role to play in Dell Technologies’ vision to help customers transform and their businesses for a digital future. For instance:

A Little Bit of Magic 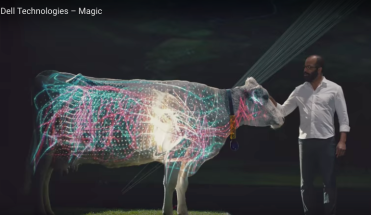 Dell Technologies’ brand campaign, “Magic can’t make digital transformation happen, but we can,” has also helped to catalyze growth by educating people about the capabilities the company brings to the table. According to Burton, more than 95% of people know the Dell Technologies brand, and 14%-16% of people can now delineate the difference between Dell and Dell EMC, with this trajectory rising. If you’re a golf fan, it wont’ come as surprise that more than 20% of PGA viewers can understand the distinction.

Admiration for the Dell Technologies brand and recognition of the company as a tech industry thought leader are growing as well. Perhaps most important, the company says that 91% of the customers surveyed believe Dell and EMC have delivered on their pre-merger promises.

Meanwhile, economies of scale are also kicking in. As a combined entity, Dell Technologies has more leverage to source components at a lower cost. The company is also benefitting from an expanded, but segmented distribution channel that caters to the sales and service requirements of different customer segments. According to Burton, this segmented coverage model is roughly doubling the company’s revenue growth in under-penetrated accounts. At the same time, Dell is growing channel sales more rapidly than its competitors, and its channel partner have brought in over 10,000 new customer accounts in the past year.

Another rap on Dell’s acquisition of EMC was that it would saddle the company with crippling debt. Asset divestitures helped the company pay down $9.5 billion of the debt; strong revenue growth gives it enough cash to continue to more than service the debt.

Innovation on the Rise

Finally, critics doubted that what would become the world’s largest tech vendor would be able to innovate. However, with $4.5 billion annual R&D investment, and 22,775 patents and patent apps, Dell Technologies ranks second in patent power in the industry. From clients to the cloud, and from infrastructure to security, Dell Technologies has racked up hundreds of awards (62 at CES alone) in the past year, and is #1 in market share in virtually every market it plays in.

In addition, Dell Technologies Capital spends more than $100 million annually, and has made more than 70 investments. All relate directly to Dell Technologies’ strategy and interest, providing the company with an inside view into new trends, and/or possible acquisition opportunities.

Perceptions are the hardest thing to change, and changing perceptions are usually a pre-requisite to changing people’s judgments and behaviors. Just one year in, Dell Technologies has moved the needle–in a positive direction–on both.

Now, as businesses of all sizes and from all industries start ramping up digital transformation initiatives, Dell Technologies’ bet looks like it will pay even bigger dividends. With its deep technology, sales, marketing and service coverage, Dell Technologies is on track to capitalize on the market’s demands for the next wave of innovation.

What does resiliency look like for SMBs in these uncertain times? Join me for this free webinar, sponsored by Zoho. Click the image below to register! 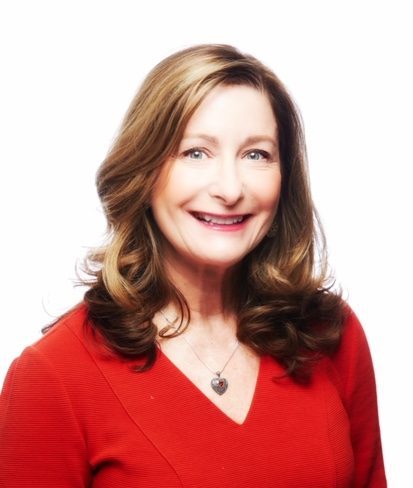