This fall’s Sage Intacct Advantage conference—and before that its Analyst Summit—showcased many new announcements and developments. Together, they signal significant shifts—not only for Sage Intacct, but for Sage, which acquired Intacct a couple of years ago.

You can find all the product announcement details here, so I’ll focus on what I see as the areas that have the broadest implications for both Sage Intacct and Sage in this post.

38-year old Sage’s acquisition of 20-year old Intacct a couple of years ago left many people scratching their heads. Sure, both companies are focused on serving the small and medium business (SMB) accounting and financial markets. And, Intacct’s pure-play software-as-a-service (SaaS) model, rapid growth and high customer sat ratings clearly brought a lot of benefit to Sage.

However, figuring out the benefit of longtime cloud laggard Sage to Intacct was a murkier proposition. Sure, Sage’s international sales and marketing reach might help U.S.-centric Intacct expand internationally, but Sage might also potentially stifle Intacct’s innovation and agility. Sage’s forays into the cloud have been lackluster at best (SageOne) and failed at worst (SageLive). Not to mention the potential for Intacct to get tripped up in Sage’s revolving door of CEOs and executives over the past 10 years.

Fast forward to today and the results are coming into focus.

To Sage’s credit—Sage is plumbing the treasure trove of seasoned-cloud talent resident in Intacct’s executive ranks to help it transform into a modern cloud company. CEO, Steve Hare, was promoted to the role from his position as CFO after Stephen Kelly’s departure. Although Hare’s cloud experience is limited, he’s had the foresight to:

Almost all business software vendors are promoting data as the new fuel for business: In today’s digital economy, businesses that can use data to create business value and opportunity have a growing competitive advantage over those that can’t.

Sage Intacct is no exception. Its mission is to enable finance and accounting professionals to more easily access and analyze data to not only answer “What happened and why?” questions, but to provide predictive guidance to answer “What will happen and what should we do about it?” 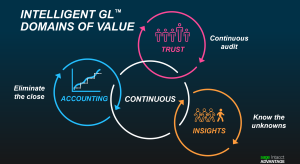 To that end, the vendor announced that it is building AI and ML into its “Intelligent General Ledger” to streamline processes and to provide continuous access to real-time data and reports. It highlighted these AI-enabled capabilities with demos that showcased use cases such as accelerating time to revenue with intelligent time capture, better anomaly detection to accelerate the time to close process, and insights to predict user churn and renewal rates.

In addition, Sage Intacct announced that it expanded the number of pre-built reports in its Interactive Custom Report Writer to 50 reports. It has also added new customization and pivot table capabilities, more flexible formatting options, cross-dimensional analysis, and more.

Last year, the company debuted Sage Intacct Budgeting and Planning to streamline the budgeting and planning process. This year, it introduced new enhancements, including:

As important, these innovations are driven by pragmatic goals, designed to help CFOs and finance teams speed up processes and more easily get the insights they need to move the business ahead.

Shortly before it acquired Intacct, Sage acquired Fairsail (now dubbed Sage People), then a fledging HCM solution. Sage People was designed from the ground up as an HCM solution for midmarket (50-500 employee) multi-national companies, and was built on Salesforce’s Force.com platform. At the event, Sage announced the integration of Sage Intacct and Sage People. 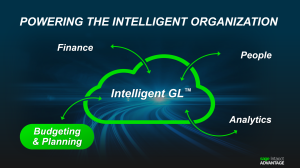 This announcement is very noteworthy, as it gives Sage a unified, midmarket offering—ala Workday, but at a lower price point—across financials, planning and budgeting and HCM. Taken together, these solutions deliver consistent, real-time employee data, reporting structures and approval hierarchies across HR and finance.

This integration gives Sage a significant cross-sell and upsell opportunity, as today, only about 10 or so customers use both Sage Intacct and Sage People.

As predicted, U.S.-centric Sage Intacct is leveraging Sage’s global reach to expand into new geographies. The company announced in August it’s now open for business in Australia, and expanded availability to include the U.K. on Nov 7th

Intacct is taking advantage of Sage’s existing experience in terms of taxes, regulations, banking and payments, statutory reporting and data center requirements to accelerate entry into new geographies. The go-to-market strategy is to enable local Sage sales offices and Sage partners in each geography to sell it as a local product.

The initial focus is on English-speaking countries, but over time, Sage Intacct can leverage Sage’s presence in 23 countries.

Doubling Down on Verticals

About 75% of Sage Intacct’s customers are in the micro-verticals it targets. The vendor is doubling down on this successful approach to expand into new ones.

The strategy is to focus on large, under-served segments, and then drill down into micro-verticals. The company takes a very structured approach to understand how customers in each vertical are using its products, what’s working for them, and what’s not—and iterates from there to provide about 80% of the requirements for each targeted industry.

The final 20% of the requirements would come through integration with complementary solutions and via Sage Intacct’s channel partners. Sage Intacct trains its partners on relevant verticals, and also helps them to identify which industries would be most opportune for them to enter.

Over the years, Sage has grown primarily through mergers and acquisitions. It’s attempted to reconcile, rationalize and rename its diverse portfolio many times. In the past, different parts of Sage often seemed to be working at cross-purposes, resulting in several false starts as it tried—unsuccessfully—to reinvent itself for the cloud era.

Change won’t happen overnight, but this time, things feel different. Sage has done more than “stay out of Intacct’s way.” It appears to be embracing Intacct’s expertise and leadership in the cloud—and increasingly relying on it to steer the ship forward into the future.

Timing is also important. SMB Group research shows that the midmarket segment (defined by Sage as companies with 50-500 employees) is ripe with opportunities. Many established midmarket companies are ready to replace disconnected, on-premises financials and HCM solutions with modern, cloud-based financials. In addition, fast-growth small businesses need to move up from entry-level accounting to more robust solutions that can keep them on the fast track.

Of course, Sage and Sage Intacct aren’t the only vendors that want to capitalize on these trends. Business solutions vendors from Acumatica to Zoho (and Microsoft, NetSuite and others in between in the alphabet) are all focused on the highly attractive midmarket segment—each with a somewhat different spin on offerings, vertical focus and go-to-market. And, all of the named vendors here are growing, and all are or plan to expand internationally.

But, for those betting that old-guard Sage would stifle Intacct, it’s time to place some new bets, as it looks more likely that Intacct will reinvigorate Sage.

Join me June 9! How To Do More With Less: Aiding Your Business With Technology For Unpredictable Futures 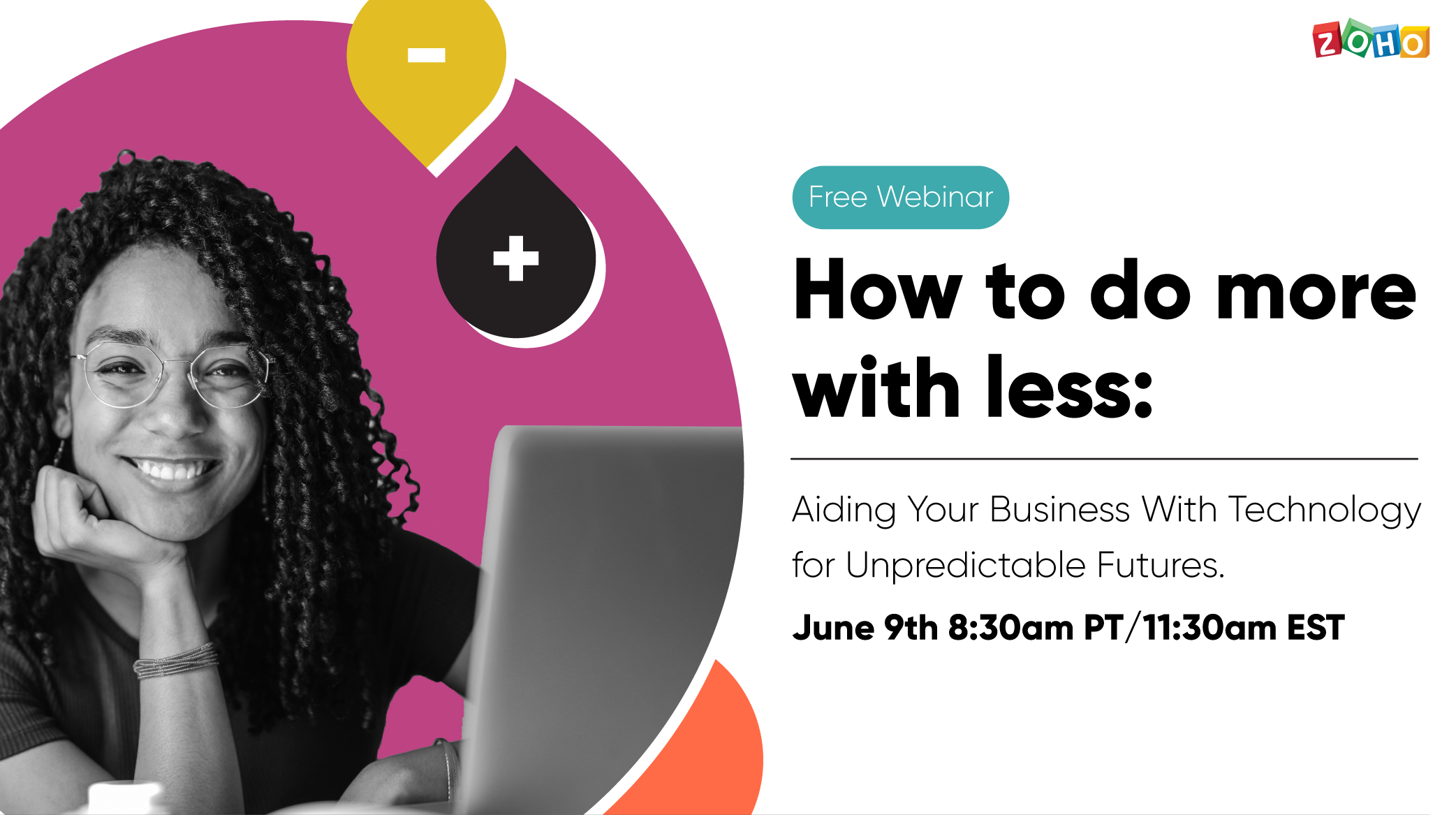 On Demand: Business and Technology Directions for a Changing World webinar 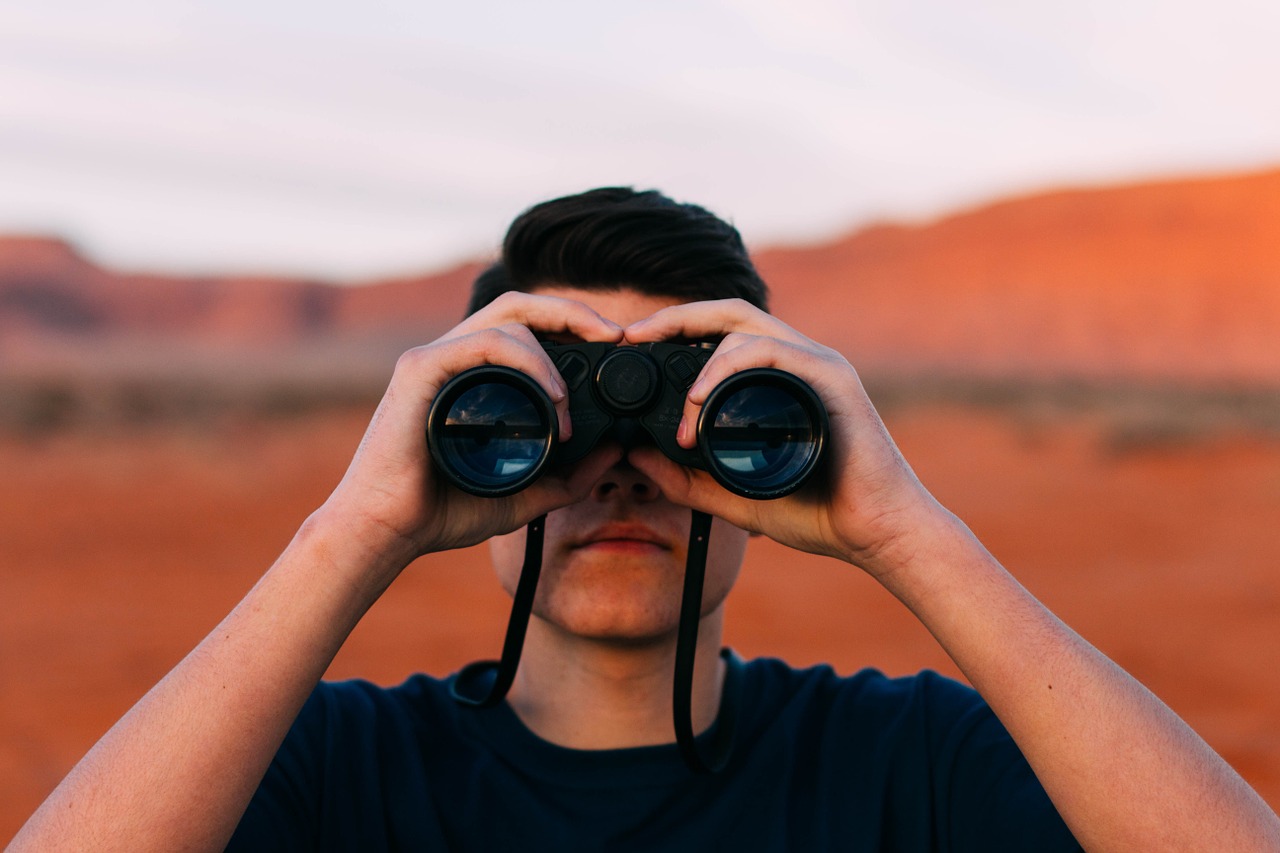